I'm going to start at the beginning here, so bear with me.

When I joined it, the website AVEN (Asexual Visibility and Education Network) was a wild and wonderful place. It wasn't the first asexuality-related community, of course. A circa-2000 Yahoo Group called "Haven for the Human Amoeba" is the oldest on record, and eventually split into two main factions. One group defined asexuality as not having a libido at all, and believed themselves morally superior, sometimes claiming that anyone could overcome their sexuality with mental discipline and meditation, becoming more "pure" and "noble" than the rest of society. The other main branch, the one that became AVEN in 2001, had a much more flexible definition that only required lack of "sexual attraction", and believed in allying with existing Queer/LGBTQ+ organizations. It only took a few years for the sex-negative elitist branch fade to an empty website and a few angry trolls, and the AVEN branch to expanded and became a thriving community.

I joined AVEN in February of 2006, not because I thought I was asexual myself, but because a friend I care about very much came out as one. I wanted to learn more, and the community was fantastic. Members were generally insightful, articulate, and most importantly friendly. "Education" and "visibility" were right there in the name of the organization, so they were fully welcoming of me as an allosexual (though that term for non-asexuals didn't exist yet), and in turn I found it a welcome breath of fresh air between the often hypersexual nature of mainstream society, and the often sex-negative tone of religious communities I'd been in. It was somehow freeing to discuss relationships and sexuality without libido being tied to self-worth in one direction or the other.

And discuss we did. It wasn't the only topic there, and I dare say most of my time was spent talking about current events, politics, philosophy, and of course a thousand varied interests. But the whole notion of asexuality as a lack of "sexual attraction" inevitably led into discussions of what sexual attraction is. What separates attraction from arousal, or even desire? An asexual who wants to be a parent may desire sex with their partner without feeling attraction, but there are other reasons someone might desire sex. An asexual may experience arousal - or they may not, and wish to understand what arousal feels like, what an orgasm feels like. And over and over again, we had waves of people find AVEN out of a place of darkness and pain, having lived their whole adult lives believing there was something wrong with them, that they were broken and flawed for lacking this ubiquitous human reaction all their friends and peers seemed so enraptured by. We saw people who thought nobody would ever want a relationship with them, or had been married for years trying to pretend and not lose an allosexual partner that they loved dearly. 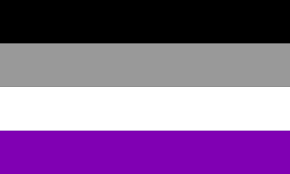 All of which is to say that, out of all the time and energy mainstream society puts into sex and sexuality, AVEN was perhaps one of the best places on the internet to really start understanding it. Many asexuals still fall in love, so once you separate out romantic attraction you get notions like a "heteroromantic asexual", or a "homoromantic bisexual". And there were a number of efforts to understand and define attraction and desire. One of the notions that came out of this (from a user going by "Rabger") was of different types of sexual attraction. "Primary" attraction is based on immediate sensory information like how a person looks or smells, and "Secondary" attraction develops gradually over time. In a healthy allosexual couple, Primary attraction might help brings them together, and Secondary attraction would help keep them committed long term.

This particular model struck me. I considered myself allosexual, and I'd definitely experienced sexual attraction in the past, but I'd always felt very much different from my allosexual college buddies. I appreciated beauty and wanted affection, but the dynamic was very different in a way I couldn't define at the time. When I first joined AVEN and was exposed to these discussions, I mused publicly about the term "demi-sexual" for someone who experience one type of attraction and not the other, but Rabger wasn't in favour of the division and the discussion didn't go anywhere at the time.

By June of 2007 though, I was quite involved in the AVEN community, and petitioned to become a moderator. Part of that process was posting a public bio, and I used the term "demisexual" for myself there, to help explain how I connected to the asexual community. It wasn't uncommon for people to be experimenting with terminology, and I'll freely admit I didn't attach much importance to it then since it was just a tool I was using to try and understand or explain myself better. Nobody else followed up on the term at the time either, and I got the position of moderator with the word "demisexual" still in my offical bio.

Half a year later, in February of 2008, another AVEN user going by the name OwlSaint found the term and became invested. They made several prominent threads about it, spreading the word and raising awareness, and things rapidly took off from there. I mentioned earlier that many people invented new terms, and most neologisms faded into obscurity since they generally weren't useful. Many were too niche, or too confusing, or simply not relevant enough to be worth using past whatever initial attention it had. "Demisexual", though, took off. Dozens of people started posting in OwlSaint's threads identifying with the term, and more people saw the term and spread it elsewhere. Wikipedia claims the term was coined in 2008 and I know this to be false, but 2008 was certainly the year it began its climb into public awareness. 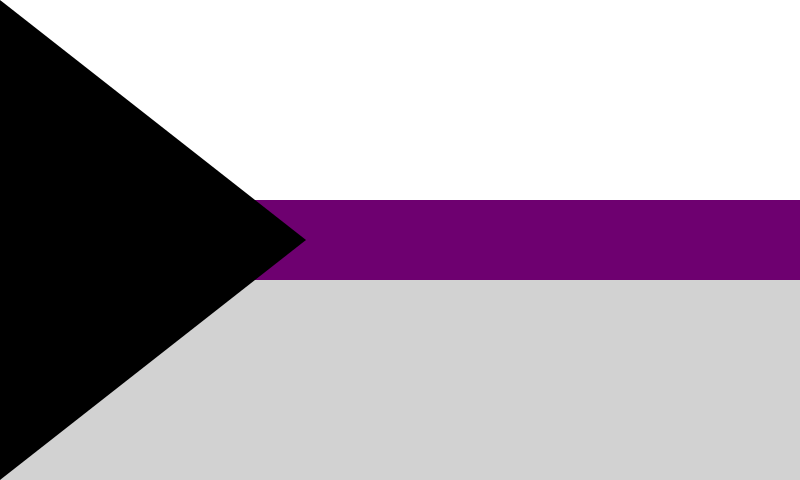 By 2009, I met strangers who identified using the term. Through the early 2010's awareness was mostly spread through asexual and queer spaces, but by 2013 it had been posted to Urban Dictionary, and there were licensed marriage and family therapists using the term in 2016. A community dedicated to demisexuality specifically was created on Reddit, and has now reached over 40,000 members. The first big breakout moment I'm aware of, though, was BudweiserUK using the term in a tweet celebrating the 2019 London Pride festival, around the same time that Tinder posted a YouTube video on the subject. Public interest in the term has doubled in just the two short years since then, with sources as varied as elle.com and webmd.com spreading the word, both figuratively and literally. As of today, there are over 1.5 million hits on Google for the term.

I wish I could say I was involved in this meteoric climb, but that credit belongs to others. I married a wonderful wife, and helped raise my awesome nephew. I had a career and a mortgage, and had long since faded out of the AVEN community. And sometimes I find it hard to believe just how big this whole thing grown. It's quite humbling, and a bit scary. 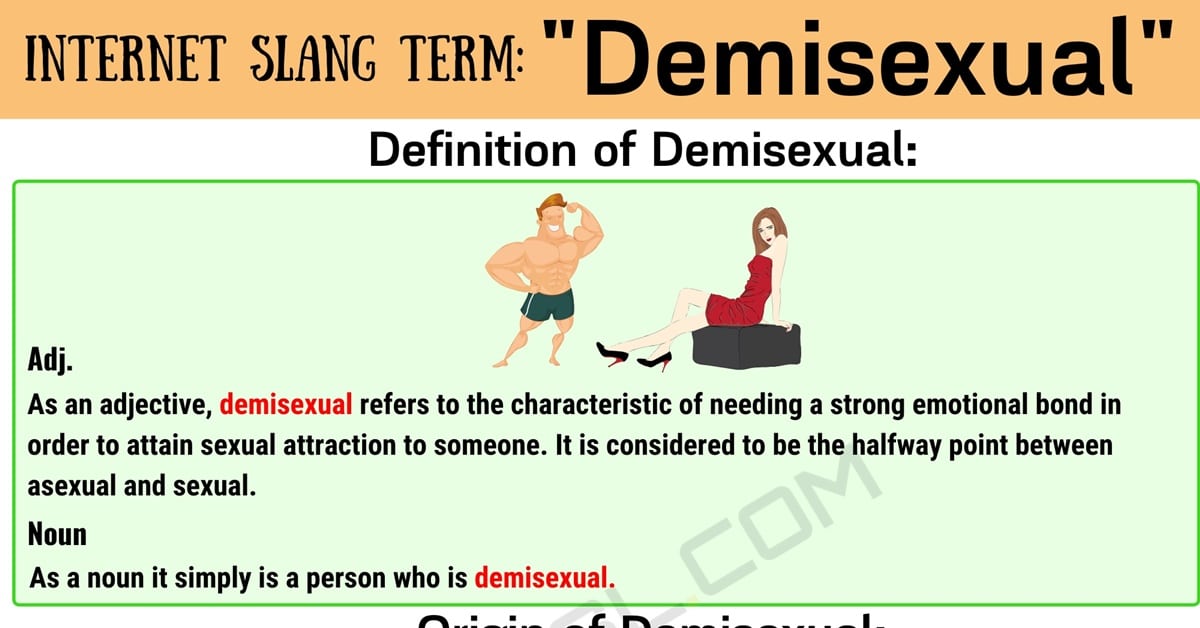 In August of 2020 I posted in the r/demisexuality subreddit, asking how the term had affected people. The overwhelming sentiment was that people found comfort and reassurance in the word. Much like asexuals, some had felt "broken" and many described having felt that they were different from their peers but not understanding how or why, so finding the concept of demisexuality helped them understand and accept themselves better. Several had made significant changes to the way they approached dating and romance, getting out of the traditional dating space that weren't working for them. And several talked about regaining confidence to pursue other goals as a complete and healthy person, rather than being held back by shame and self-doubt that they didn't live up to a perceived standard of virility.

In the end, I can't say I have many unique insights to offer. By now there are plenty of people who have spent more time discussing and exploring the term than me, as the vast number of articles on Google will attest. And of course, there's much debate about whether the term should exist at all. When BudweiserUK tweeted the term, a prominent Gen article referred to it as "commodified wokeness" and went on to say that "demisexual isn’t really a thing". And of course there are always plenty who dispute the usefulness of labels at all, as well as those who dislike the wild proliferation of LGBTQ+ vocabulary and increasingly narrow subcategorization of everything, and there are definitely points to be made along that line. 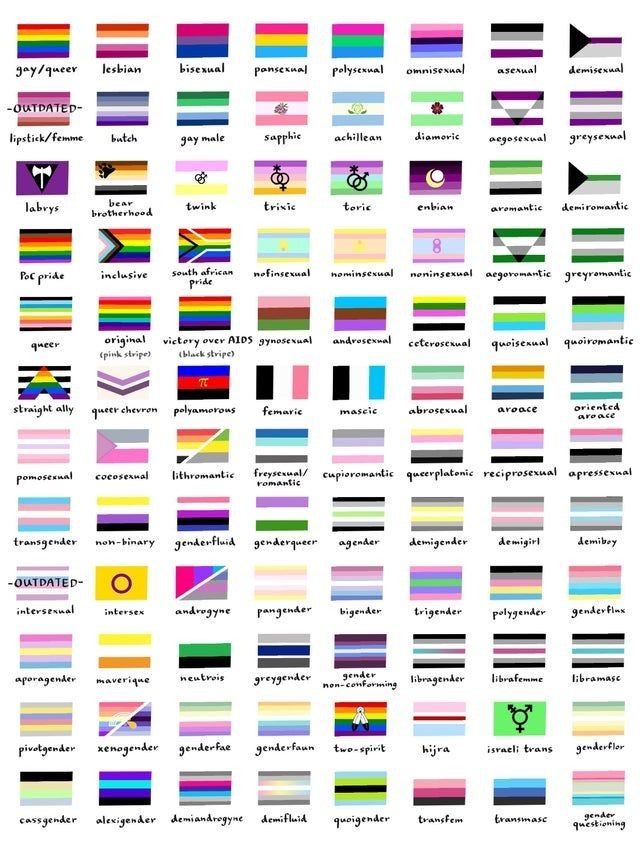 But the success of the term "demisexual" was never the work of any one person, least of all me. It became what it is today because it is useful. In 2006 I wasn't thinking any further than myself, but in 2008 other people found themselves reflected in the term, and found it useful to understand and express parts of themselves they didn't previously have a way to talk about. If there hadn't been a critical mass of people like that, the term would have withered and died as just another neologism among thousands of others. And if the term hadn't been useful to those people, it would have been as easily ignored and swiftly forgotten as the term for the knobs on either side of your ankle (your medial and lateral malleolus, if you're curious).

I could easy imagine a world where the term "demisexual" never took off. Other terms straddling the gap between asexual and allosexual have certainly come and gone. This one flourished though, organically and naturally, and I'm immensely gratified to have been a part of something that has brought so much comfort to so many people.